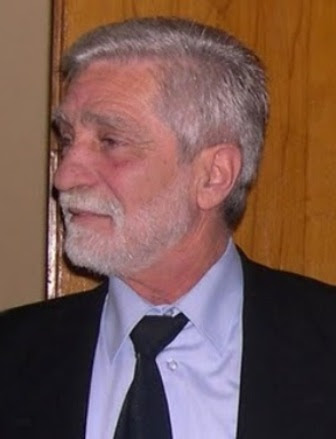 The book “Personalities – Missionaries of Peace” (Personalitete – Misionarë të Paqes) is a compilation of writings on specific figures of politics, art and Albanian literature. This collection looks like a monographs rather odd in the way it is conceived at the beginning and how it is composed later. So, in the form it differs from all summaries of different literary, artistic or scientific biography, it even differs with a monography on a particular topic that actually has this book and serves as a liaison yarn among various figures, as is the idea of the mission or missionary of peace. However, when you have read the entire book and have experienced for a little time the taste that reading has left you, you smile and it looks that you have in front of you a beautiful work carried out with collage techniques. It seem so, as to say, from the literary and vital material that the author Paulin Rranzi has used, by mixing within an idea, that of the mission of peace, three or four different areas of practice and human creation. Perhaps, this has made this summary more diversified and more attractive. 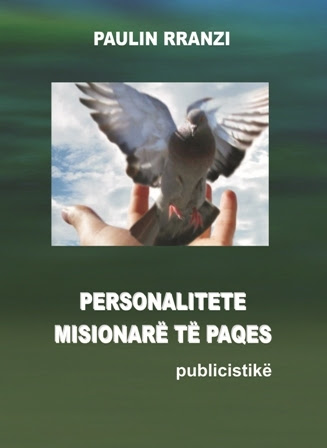 It is acted simply and carefully for the choice and the composition of the object of the book: the author has a close friend the writer Shefki Hysa and by the empathy he has for him, he looks round him events and personalities that can better serve his idea to join in a monographic narrative missions and Albanian missionaries that consciously have served this high and human eternal purpose: peace. Watching the book from this perspective, it doesn’t seem redundant the frequent quotation of the source of inspiration of the author, because it serves more as an element of truth in the stories that follow. Furthermore, I would say, in the confession about the meeting with Rugova, this “inspiration” of the author is exciting. And, in fact, the head “Rugova” is among the most beautiful and among the most significant of the book, along with that of Pjeter Arbnori and especially that of Ibrahim Daut Hoxha, which contains in itself a whole history for a life of sacrifices.
In the professional selection of the missionaries is noticed an equal ratio of selection between the literary and politicians, although some of them happened to be literary-politicians, who are really distinguished for their peaceful disposition in politics, as it comes to Ibrahim Rugova and Pjeter Arbnori, who also give the predominant hue to this book. An outstanding value this book gains by diversity of forms that, in my opinion, reminds the collage. For those personalities where takes place more their life through memories or episodes experienced by the author, the form is that of emotional narration. For others, where the idea of the peaceful message is extracted by their work, the form is somewhat cold, of academic style. Such, indeed, written as rarely before in our political journalism, are the descriptions for the politicians Shpetim Idrizi and Tahir Muhedini, where their political ideas are presented in a manner sufficiently clear and attractive to read. But there are also mixed forms of narration, like that of Namik Mane, where the quoted verses bring the breeze of a touching peace. A very special thing impresses very much in this book. There is not a special chapter for Bilal Xhaferri, but he is present throughout the book with his peaceful spirit and soul, adding it to the work, as without being felt, the missionary and inspiring force. The summary of Paulin Rranzi has, or seems to have, even a geographical distribution thought in the selection of personalities. Perhaps this is totally random, but in fact there are all the territories represented, from the south, in central Albania to Kosovo. Of course, the many are Cham, but this is justified, when it is known that more than all Albanians, the message of wisdom, patience and peaceful politics comes from Cham. Therefore, even those in this small book for Albanian missionaries of peace, stay enough good and as in their own house.
The book “Personalities – Missionaries of Peace” (Personalitete – Misionarë të Paqes), of the writer Paulin Rranzi, in his inside is crossed by a message of particular type, as it is the message of peace that carries in itself each of the characters as visionaries and peaceful at every step of their activity.