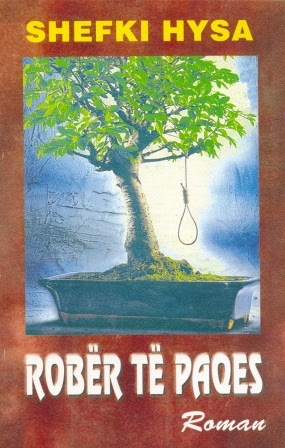 I met Ismail Kadare by chance one of the days he was in Tirana. During the conversation I said to him that “a new writer has published a novel about you”. He might have been felt glad of course, but he is accustomed to not express immediately his feelings. Nothing moved in his face, he just said: “He had to ask me first”.
To justify somehow the writer and to explain myself even theoretically, I said: “It doesn’t mean a biographic book, as it is written about the well-known personalities of the different fields such as science, culture, politics, sport… He has written a novel and you are a personage in that novel, the protagonist of the book. Is it necessary to ask permission to create a personage when the prototype is still alive?
It seemed that Kadare sneered. Indeed I was showing the fields to the father. He had walked in that furrow for a long time.
In a press conference with the intellectuals of Tirana, Ismail Kadare answered in this way the question about this novel: “…Even though it has discovered some of my privacies, the novel is very nicely written, especially the part about the autumn of 1990.”
The novel of the writer Shefki Hysa “Captives of peace” (Robër të paqes) was welcomed by the readers and by the literary critique as well, so it seemed reasonable to the author republishing it revised.
A question comes out while reading this novel: What kind of typology does it belongs to? Is it an adventurous, a feuilleton, a picaresque or simply a biographic novel? The author, despite his attempts to remain realist till the end, has been able to entwine elements of these types of novels, without being identified with any of them. This is one of the secrets of the typological and compositional originality of this novel.
The writer and the man in rapport to the dictatorship, this is the essence of this novel. Dictatorship suppresses and deforms the consciousness of individuals and personalities, who make them, create protective shells to exist but it arouses in them even the rebellion spirit. The fact that the two personages where the triggers of the subject evolution are based are two teenagers, two artists, two adorers that are in love with the art of Kadare is such meaningful as well as motivated from the outlook and psychological aspect. Young people, with the intuition and the desire to discover and embrace every new contemporary and modern element in the literature and art but also in the trends and the mentality that differs a little bit from the official mentality of the dictatorship that called itself as Marxist, those two guys personify the budding of a new liberal spirit even though it isn’t expressed in an explicit way because of the high-risk conditions, especially in the province.
The complexity of the figure of Kadare as a writer and as a man is the base of the shocking dramatization of the novel. This feature is explained and analyzed by the judgments and the estimations of the two guys, the different intellectuals, the party and state representatives and also through the creation and the recreation of the significant scenes and situations, too much fragile and in the ambit of a possible tragedy. The views from which the writer is investigated are antipodal:
The security men and the fanatic employees view him as an enemy (“We know what you deserve but we can’t do anything to the one who is above us!”), while the teenagers and the intellectuals with a free spirit and a democratic thinking consider him as “the unique hope” but they are also sorry for the debts that the writer has to pay to the regime to survive and write his real works.
The succinct structure of this laconic novel is clotted with vital and conventional components, with an absurd atmosphere and an existential weigh, with dreams and somnolence, with documentation almost chronic and with a trivial and hyperbolic reflection. These contradictory structural elements form a flowing rainbow in the reader’s contemplative imagination and especially to the reader that has enjoyed the sublimity of the Kadere’s art.
While reading the last pages of the roman, the ancient idea reminds that every creator is a man and remains such despite his greatness.
In the future, when the historical-literary studies will sift and point out the books of the last decade of the century that we are leaving behind, I think that the hand of the scholar of Kadare will stand even over this interesting novel.