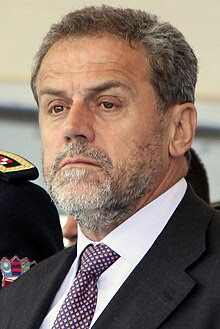 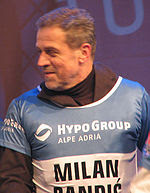 Croatian anti-corruption authority USKOK on Sunday announced the arrests of several leading Zagreb administration figures on suspicion of corruption and abuse of power.

Although the official statements did not name any of those involved, local media all named Bandic as one of those who had been arrested.
According to USKOK, the arrests related to a suspicion of corruption and suspicion of abuse of power. The operation followed "a criminal investigation of several months" and involved several people from the administration.

The investigators said they were looking into possible illegal acts related to a holding entity belong to the city - Zagrebacki Holding - that runs many of the city's public services. 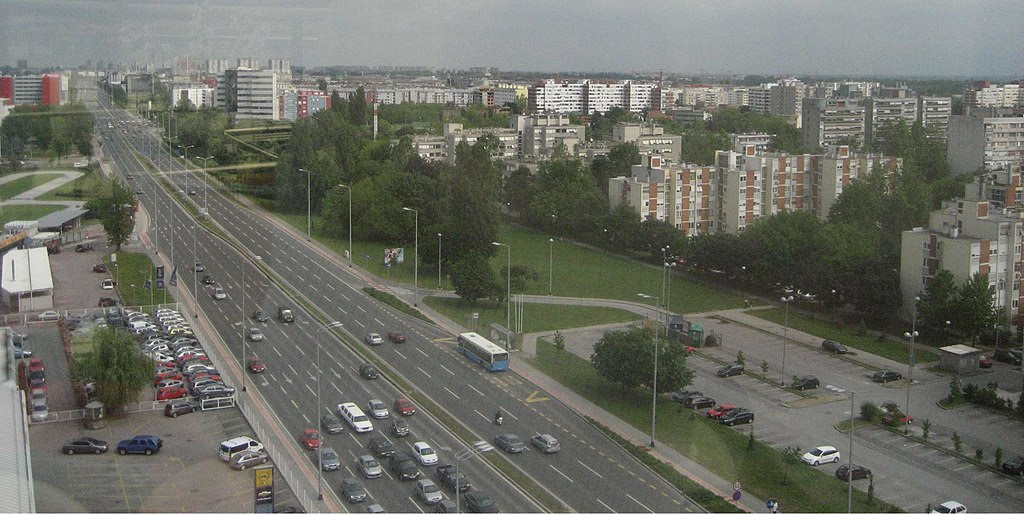 "After several months of a complex criminal investigation, several persons have been arrested on suspicion of illegal activities in the city of Zagreb and Zagrebacki Holding," the state prosecutor's office said in a statement on its website

Croatia launched an extensive anti-corruption effort in 2010, to give a lift to its faltering bid for membership of the EU. Since then, it has tried and convicted a number of top state officials, among them the former Prime Minister Ivo Sanader.

A former Social Democrat who left the party in 2009, Bandic became an independent candidate in that year's presidential election. He has run the Croatian capital - home to about a quarter of Croatia's 4.4 million people - since 2005. He also served between 2000 and 2002. 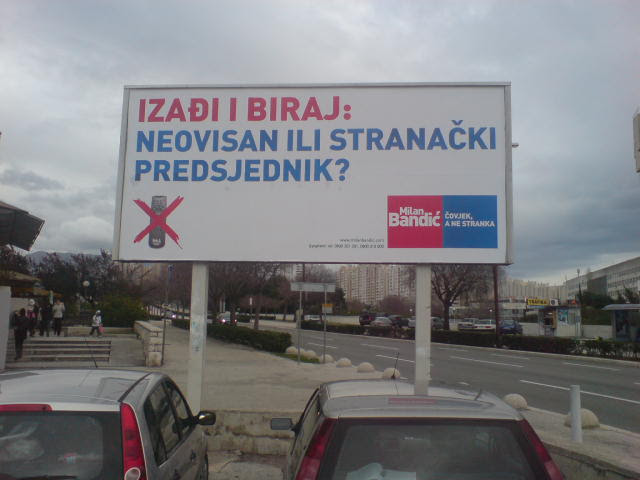 Pro-Bandić billboard during second round of 2009–2010 presidential elections

Milan Bandić (Croatian pronunciation( listen), born 22 November 1955 in Grude, Bosnia and Herzegovina) is an influential Croatian politician currently (as of 2013) serving his fifth term as a mayor of the Croatian capital, Zagreb. Between 2000 and 2009, he was a prominent member of the Social Democratic Party of Croatia (SDP). In 2007, he unsuccessfully ran for party president. However, he remained one of the main rivals of the current party president Zoran Milanović. On 5 November 2009 he announced his intention to run for a president, in violation of the party's bylaws which led to his expulsion from the party. On 10 January 2010 he lost Croatian presidential election to the official SDP candidate Ivo Josipović in the runoff elections.

Although described in 2002 as the SDPs most popular politician for the "famous 24 hours he devotes to the service of citizens of Zagreb", he has also gained notoriety for a number of actions and statements he has made as mayor. Bandić is viewed as a hands-on mayor because of his ambition and the number of projects related to Zagreb that he has undertaken. He is widely credited for the renovation of Ljubljanska Avenue (now Zagrebačka Avenue), for his work on the Arena Zagreb and the Homeland Bridge (which opened during his third term).

Milan Bandić was arrested in the evening hours of 19 October 2014, along with 18 other officials, under the suspicion of malfeasance related to Zagreb Holding. In his absence, his deputy Sandra Švaljek is expected to take up the duties of mayor.


Milan Bandić was born to Jozo and Blagica Bandić (née Tomić) in the small hamlet of Bandića Brig, a part of Cerov Dolac in the municipality of Grude, Herzegovina (then PR Bosnia and Herzegovina, FPR Yugoslavia). He was the middle child in the family, with an older brother Drago and a younger sister Tonka. His family's main source of income was a tobacco plantation. As a child, Bandić was altar servant in local church. He attended Antun Branko Šimić High School in Grude and he was excellent student. In 1974, he moved to Zagreb to study at the Department of Political Science at the University of Zagreb. To pay of his student loans he unloaded sugar and coal and he was also a mason, and house painter.

After graduation, Bandić was conscripted to the Yugoslav People's Army, and after that he was employed in Ledo, producer of ice creams.

During his student days he met his wife Vesna. He was married to her until their divorce in 1996, although they still live together in their Stara Peščenica apartment. They have a daughter, Ana-Marija. Bandić has stated that his divorce was the result of a seven-year separation.Bandić owns two golden retrievers, Bil and Rudi, which he often walks during his work hours. 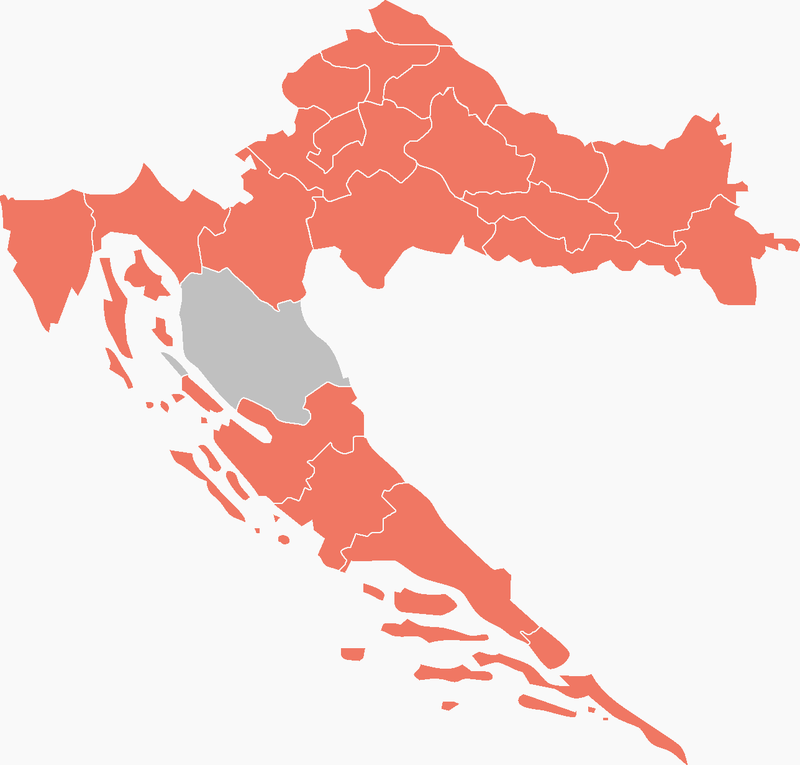 Results of the second round in all of Croatia's counties: the candidate with the majority of votes in each administrative division.Josipović:red ; Bandić:


Bandić is an avid distance runner describing himself as "addicted to running". He is reported to run 10 kilometers every weekday morning,and in March 2008 completed the 61 km Zagreb-Čazma ultramarathon.
After serving the army and short work in Ledo company Bandić was employed in Municipal Committee of League of Communists of Croatia in Pešćenica where he worked as professional political worker.]

After collapse of SFR Yugoslavia and League of Communists of Croatia Bandić did not wanted to leave the party because he worked for years in Pešćenica and thus it was matter of pride. He expressed his hopes that he and his colleagues will return to political stage as Croatian social democrats.

During the Croatian War of Independence Bandić helped with logistics.

Bandić was one of the few Herzegovinian Croats to remain with the party after the first democratic elections in 1990 in which the Communist Party, led by Ivica Račan, reformed and re-branded itself as the Social Democratic Party of Croatia (SDP). He demonstrated organizational ability and populist political instincts. These abilities allowed the SDP to gain in Zagreb blue-collar neighborhoods and attract votes which the Croatian Democratic Union (HDZ) and its then-president Franjo Tuđman had considered theirs by default. As such, he proved to be a valuable asset for the Social Democratic Party. In 1993 he became party secretary.

Conflict between HDZ and SDP manifested in the 1995 parliamentary and City of Zagreb elections, leading to the Zagreb Crisis: an electoral alliance (in which the SDP was a major partner) won a majority in the Zagreb elections and chose Goran Granić as the new mayor, but Franjo Tuđman used a legal loophole to stop Granić from taking office. Several subsequent elections were held, with the SDP winning each time and Tuđman promptly removing every candidate. For a time Zagreb was a city without a mayor, which led to public unrest and protests in Ban Jelačić Square. With the final 1997 election of the HDZ candidate Marina Matulović-Dropulić as the mayor of Zagreb, the crisis faded. Bandić played a role in the crisis by becoming a city councilman in 1995 and the leader of the Zagreb SDP in 1997.

During the first campaign his Herzegovinan background became an issue, as the Croatian Peasant Party (HSS) suggested that only a native citizen of Zagreb could become the city's mayor. HSS also launched a propaganda campaign against Herzegovinans in an effort to undermine Bandić's campaign. The party hoped that the majority of Zagreb voters would turn away from Bandić. Those expectations were not fulfilled and Bandić later used his Herzegovinan background as an advantage, broadening his support among the ordinary citizens of Zagreb.

Following the illness and death of Račan Bandić announced his candidacy for SDP leadership,planning to resign as mayor afterwards. He competed against Željka Antunović, Zoran Milanović and Tonino Picula. Zoran Milanović was elected on June 2, 2007 as the new SDP leader, while Bandić remained mayor of Zagreb. He did not give up the fight, however, organizing opposition within the party and campaigning to defeat Milanović in the next party election.

On June 26, 2008 the Main Committee of SDP received a letter entitled Za što se, uopće, danas zalaže SDP? ("What, overall, does the SDP stand for today?") by Dražen Lalić (a Croatian sociologist) which attacked Bandić by pointing out his misdeeds and errors and questioning Bandić's loyalty to the SDP's principles. The letter was sparked partially by the assault and battery of anti-corruption Zagreb road-authorities director Igor Rađenović, which had not been properly investigated. Another reason was a concert held on Ban Jelačić Square by Marko Perković Thompson, a singer known to attract an ustaša audience. Bandić supported the concert instead of condemning it, inaccordance with SDP anti-nationalistic principles. Although the letter attacked the SDP as a whole, Bandić was considered a key participant in all events described. Bandić responded to the letter indirectly by encouraging the police to do their job, while failing to appropriately defend his position. Zoran Milanović responded instead, accusing Lalić of trying to buy himself a return to the Croatian political scene. Bandić thus received the SDP's support, ensuring his candidacy in the upcoming 2009 mayoral election.

Until 2009, the mayor of Zagreb was elected by the city council. In elections held in the spring of 2009, the mayor was directly elected for the first time. Bandić was forced into a second round not by HDZ candidate (Jasen Mesić) but by outsider Josip Kregar (dean of the Faculty of Law at the University of Zagreb), who ran on an independent platform. Bandić won the second round, with 62 percent of the vote to Kregar's 37 percent. In October 2009, Bandić visited the site of a World War II partisan massacre on the island of Daksa with the Croatian Bishops' Conference.On 29 October 2009 Bandić's proposed exceptional budget, with a proposal to hold a referendum on the building of a new football stadium, was rejected. Among those voting against the budget was his own party, the SDP.

On 8 October 2011 Bandić announced that he will compete in Croatian parliamentary election of 2011 with independent list named "Stijena" (English: Rock).

One of Bandić's best-known projects is the renovation of Ljubljanska Avenue, whose eastern stretch beginning at Svilkovići Street (later Savska Opatovina Rotary) was later renamed to Zagrebačka Avenue. He is also credited with the Zagreb model apartment building (Croatian: Zagrebački model stanogradnje), also locally known as Bandićevi stanovi ("Bandić's apartments"). Radimir Čačić, another investor in the Zagreb apartment market, accused Bandić of trying to undermine the statewide POS housing projects. POS (Croatian: POticana Stanogradnja, "subsidized apartments") is cheap housing instituted by Radimir Čačić during the coalition of SDP, Bandić's party, and several other parties (such as Čačić's HNS, which ruled the Croatian government from 2000 to 2003).

Bandić has heavily criticized the state of Zagreb's transportation system which he encountered at the beginning of his mayoral career.With the guidance of Zagreb traffic engineers Bandić has approved ambitious transportation projects in Zagreb, such as the Ljubljanska/Zagrebačka Avenue widening, Homeland Bridge construction, renovation of the green wave system in the city center with the addition of bicycle paths and multi-level underground parking garages at Tuškanac, Kvaternik Square and other locations. An important project begun during Bandić's term in office is the Zagreb metro, which is planned to become the main suburban transportation mode to the city.Many projects have been completed during Bandić's term or are currently in progress and supported by him. Bandić has arranged the construction of the Arena Zagreb, a handball arena located in Lanište, which was constructed to prepare the city for the 2009 World Men's Handball Championship.